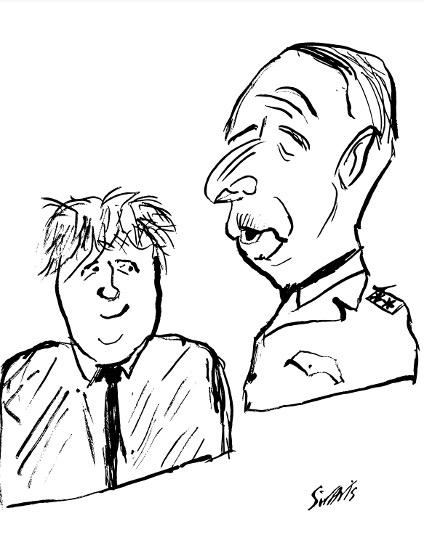 While the British Prime Minister had invested in the political and public relations gains of the UN Climate Change Conference (COP26) in Glasgow, a series of faux pas, communication “own-goals”, allegations of corruption and conflicts of interest against him and his government, forced him, instead of inspiring with his charisma a new impetus in the discussions about the future of the planet, to answer questions about these allegations at the Summit’s press conference.

Nevertheless, despite all these issues, it seems that the Conservatives maintain a narrow lead (at the time of writing), at least, over the Labour Party. This may be explained in part by the introversion that still seems to engulf Labour, but it is not enough to explain, alone, Johnson’s continued lead.

The explanation is more related to the apparent change of political leitmotif in the discourse of the Conservative party. Although the Iron Lady continues to be a point of reference in the collective imaginary of the party, the political choices of the current government seem to be inspired by elements and approaches which resemble the “Gaullist” school of thought. Among them are the strengthening of the executive branch, state intervention and support as a lever for strengthening the economy as well as for promoting industrial and technological development. All these imply a larger state, which as a political proposition is diametrically opposed to the tenets of Thatcherism: small state, low taxation and open markets.

This political shift relates to the changes in the “electoral geography” that emerged at the last general elections where the Conservatives won seats in many traditional Labour strongholds in the north. A significant part of the working class in the English north did the unthinkable: they voted for Margaret Thatcher’s party.

“At this juncture, de Gaulle’s political handbook appears more useful than that of Thatcher, not only for Boris Johnson but also for other conservative governments”

By and large, the last general elections constituted a “second Brexit referendum by proxy”, but this time based on the “first-past-the-post” electoral system (the second master stroke by Dominic Cummings, the Prime Minister’s former advisor), and led many constituencies in central and northern England to vote Conservatives, mainly because of Brexit. However, in the next general elections, the Conservative narrative will have to change if the party’s gains in the north are to be maintained. This is where the Gaullist school of thought seem to inform Johnson’s pronouncements: state investment in the ‘forgotten’ areas for infrastructure projects, the so called ‘levelling-up” agenda, strengthening the idea of ​​the Nation State and, ultimately, the national (English) identity.

Johnson’s apparent policy reorientation is facilitated also by something else. Addressing global challenges such as the pandemic and climate change cannot be based only on market choices but also requires the state’s strategic partnership following the cooperation paradigm rather than that of (pure) competition. At this juncture, de Gaulle’s political handbook appears more useful than that of Thatcher, not only for Boris Johnson but also for other conservative governments.

[This is the English translation of an article published in the Greek newspaper TA NEA on 13/11/2021. The Greek original can be found below.]