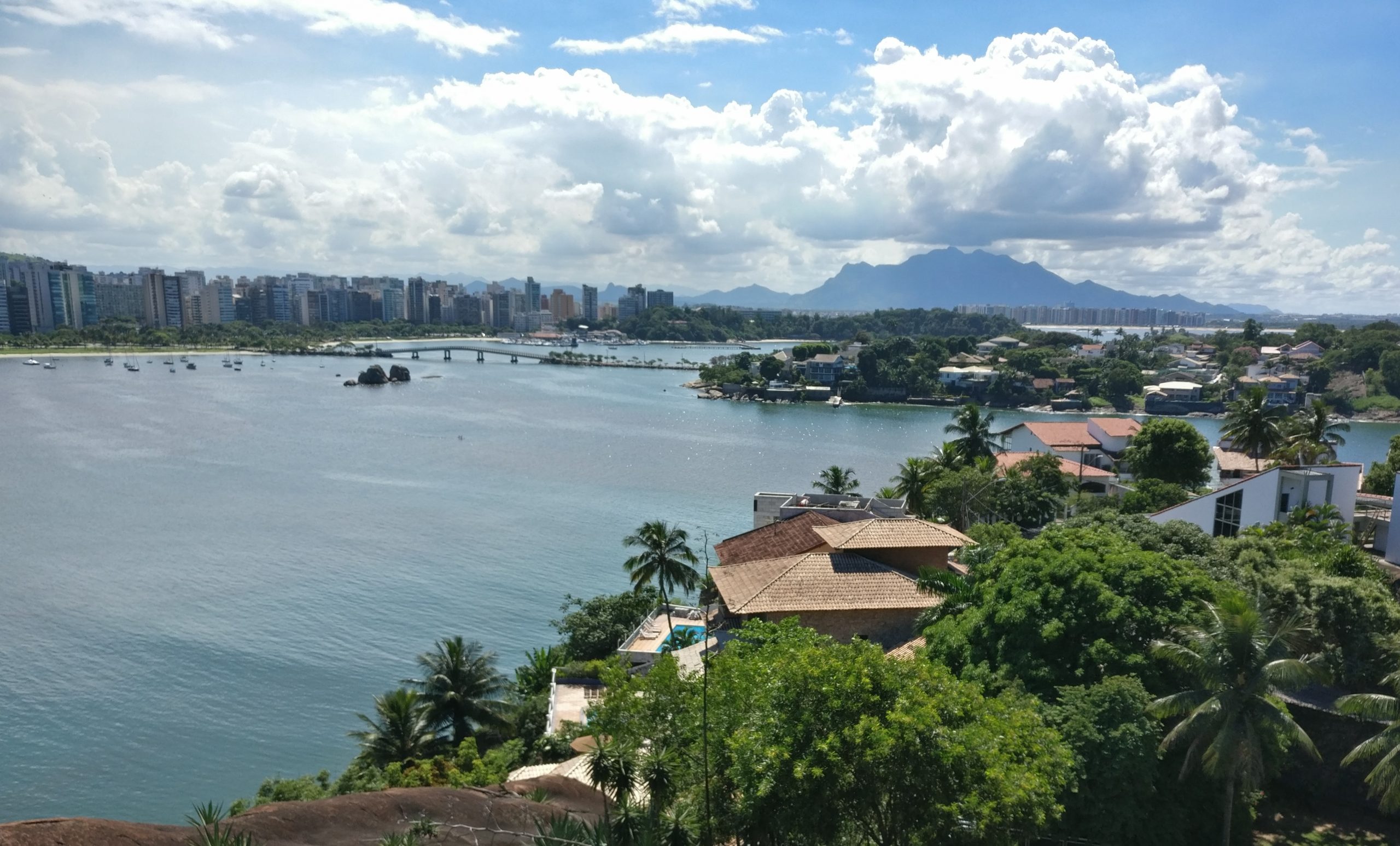 Despite the increasing fiscal restraints, the public sector’s demands for assets and services remain the same. Hence, it gets obvious that the legal and institutional framework of the buying power that the public purchaser has – known as public procurement – can affect the national trajectory of development.

Brazil expects to enhance its public procurement with the New Public Procurement Law – NPPL (Law nº 14.133 published on 1st April 2021), which comes in addition to the Brazilian application for adherence in the WTO Agreement on Government Procurement – GPA.

This development is a golden opportunity for more efficiency and less corruption and can result in economic growth and progress. It also opens the way for a possible convergence to international standards. On the other hand, there is always the risk of not achieving these aims, due to the persistence of old institutional patterns in public procurement in Brazil.

The context of public procurement in Brazil

Brazil’s major institutional pattern in public procurement that threatens the success of the reform is the excessive focus on formalistic procedures (MOTA, 2010, p. 31). The problem with that approach is that it brings the illusion that formal rules and bureaucratic procedures are sufficient to curb corruption and achieve the best outcome in public procurement. A trait of this typical Brazilian formalism is revealed in the strategy usually adopted by the control authorities, which is to see any subjective choice of the administrator (ALMEIDA; et. al., 2015, p. 36-37) and innovation on the procedures as suspicious. However, as it will be explained, this approach has not been able to end corruption practices in public acquisitions. Also, it has been an obstacle to achieve better outcomes, especially in more sophisticated markets and when there is a need to evaluate the bid based on factors other than the lowest price.

The previous public procurement law (Act n° 8.666/1993) was enacted in the aftermath of corruption scandals. In this context, the Operation Car Wash was the most famous one and was responsible, at least in part, for the political interest in enacting the NPPL. This operation uncovered a long-term institutionalised corruption scheme involving high-level politicians and businessmen from some of Brazil’s largest private companies. They were all involved in a bid rigging cartel in the acquisitions of the national oil company Petrobras for decades and were able to escape the Brazilian formalistic controlling mechanisms. In general, the companies that won most of the big public infrastructure works in Brazil were in the cartel and it is possible that they could have made similar arrangements in other opportunities. The Operation Car Wash became a symbol of the fight against corruption in Brazil due to the scale of the corruption, the number of prisons and convictions accomplished, the investigative methods employed, and the money recovered (VILARES, 2020).

The wide media coverage led to an increase of the levels of social distrust and the perception that elites are corrupt in Brazil (CARSON; PRADO, 2016), what was not new, since patrimonialism in public affairs can be traced to the Portuguese colonial rule (URICOECHEA, 1980; FAORO, 2001). That context also strengthened the opposition to any discretion in public procurement, reinforcing the idea that following the strict terms of the text of the law – that is, being a formalist – is the better way to prevent corruption.

Despite this belief, the focus on formalistic legal procedures generates a self-reinforcing mechanism that produces more mandatory legal procedures when the existing ones show inefficiency or lack efficacy in avoiding corruption, as a path dependence  factor (ROSENN, 1984) [Path dependence can be defined as a lock-in in history, since “increasing returns can cause the economy gradually to lock itself in to an outcome not necessarily superior to alternatives, not easily altered, and not entirely predictable in advance.” (ARTHUR, 1990 p.128)]. The concept of path dependence is important because it illustrates the difficulties of institutional change, since past decisions produce a trajectory that cannot be erased and costs – for instance in learning new ways of conduct – that must be faced.

ItIt is quite impossible to eliminate all incentives for corruption in public programs and public procurement (ROSE-ACKERMAN, 1999, p. 302). However, the simultaneous adoption of the New Public Procurement Law (NPPL) and the accession to the GPA have the potential to at least overcome that context of path dependence..

The current WTO/GPA text is the result of the negotiations amongst GPA Parties for the revision of the Government Procurement Agreement (GPA) 1994 which were concluded in 2012. Brazil, in turn, as an observer country since 2017, formalized its intention to join the Agreement in May 2020. The aim is the search for more efficient public acquisitions. This could be achieved by increasing the participation of foreign companies in international tenders through the convergence with a global model in which companies are already used to work (MONASSA; LIONELLI, 2013, p. 81).

The implementation of the NPPL is an opportunity to anticipate and adapt the domestic legislation to the terms of the GPA or to maintain the prevalence of national standards that deviate from the global model defined by the GPA. Moreover, the international monitoring promoted by the Contracts Committee (article XXI of the GPA) – which must annually review the implementation and operation of the agreement in GPA Parties and inform the WTO General Council of the activities and development related to the adoption of the agreement –, may stress the need for change and produce a driving factor to overcome path dependence.

Concerning the compatibility between the NPPL and the GPA, despite the complexity of Brazilian legislation, it refers to the fundamental criteria of objectivity and transparency promoted by GPA (PEREIRA, 2020). That said, the first topic to consider is their principles, in which there is a convergence. For instance, the possibility of bidding in electronic format, as provided for in article II, n. 1, GPA is convergent with the NPPL.

On the other hand, regarding the best relationship between quality and price, it should be noted that the NPPL still adopts the lowest price as the first criterion for assessing tenders, followed by the highest discount (article 33 of the NPPL). The discount applies to the overall price set in the bidding notice and is indicated in the bid, it is also extended to any additional terms.

In addition, article 20 of the NPPL demands the purchase of common quality goods, not exceeding the minimum quality standards necessary to fulfil the purposes for which they are intended. Therefore, this provision incentivises the adoption of higher quality standards than the bare minimum in the procurement of common goods. In that case even when the cost-benefit of a high quality good is better, for instance due to less maintenance costs, a certain good may not be bought because of the concern that the justification is not conclusive, or because an alternative justification in the opposite direction is also possible. Regarding the Brazilian institutional setting of distrust of public authorities and their motivations, it can result in the acquisition of only minimum standard items (NOBREGA; OLIVEIRA, 2021), which is a potential divergence from the global standard of Best Value for Money.

The fact is that joining the GPA leads to trade-offs for any country, but it illustrates well the difficulties of overcoming embedded institutional practices. In Brazil, the current context can provide a way of mitigating path dependence effects, since the regulation and interpretation of the NPPL can be a locus to the gradual insertion of new perspectives, rules and conducts that better adapts to the Brazilian context, simplifying and even eliminating inefficient or discriminatory practices that were consolidated over time (PEREIRA, 2020).

It should be remembered that Brazil has been using rules which are like those of the GPA through the procurement rules of international organizations, such as the World Bank and the Inter-American Development Bank – IDB, but these procurements have been isolated from the national ones. This context made it possible for the Judiciary and administrative controlling agencies to acquire the know-how of these rules without the threat of losing their formalist approach to national public procurement.

The start of the GPA accession negotiations and the implementation of the NPPL may allow deeper institutional changes. This can happen in the two first years after the publication of the NPPL, when the new law is not mandatory and there is time to adapt the administrative procedures and to complete the regulation process of the NPL (art. 190, I of the NPPL). Moreover, through the implementation process of the NPPL, the GPA standard can produce an anchor effect for the interpretation of the NPPL and facilitate legal innovation, reducing the self-reinforcing mechanism of path dependence that is witnessed in Brazil.

MOTTA, A. R. Public procurement in Brazil federal government: A perspective from the agents responsible for its regulation and operation. In: 4th International Public Procurement Conference, p. 22-32, 2010. Available in: http://ippa.org/images/PROCEEDINGS/IPPC4/01ComparativeProcurement/Paper1-4.pdf

Participation of Foreign Companies in Public Tenders in Brazil and the New Brazilian Law on Public Procurement (Federal Law 14133/2021): A Big and Necessary Step Towards the WTO/GPA Accession