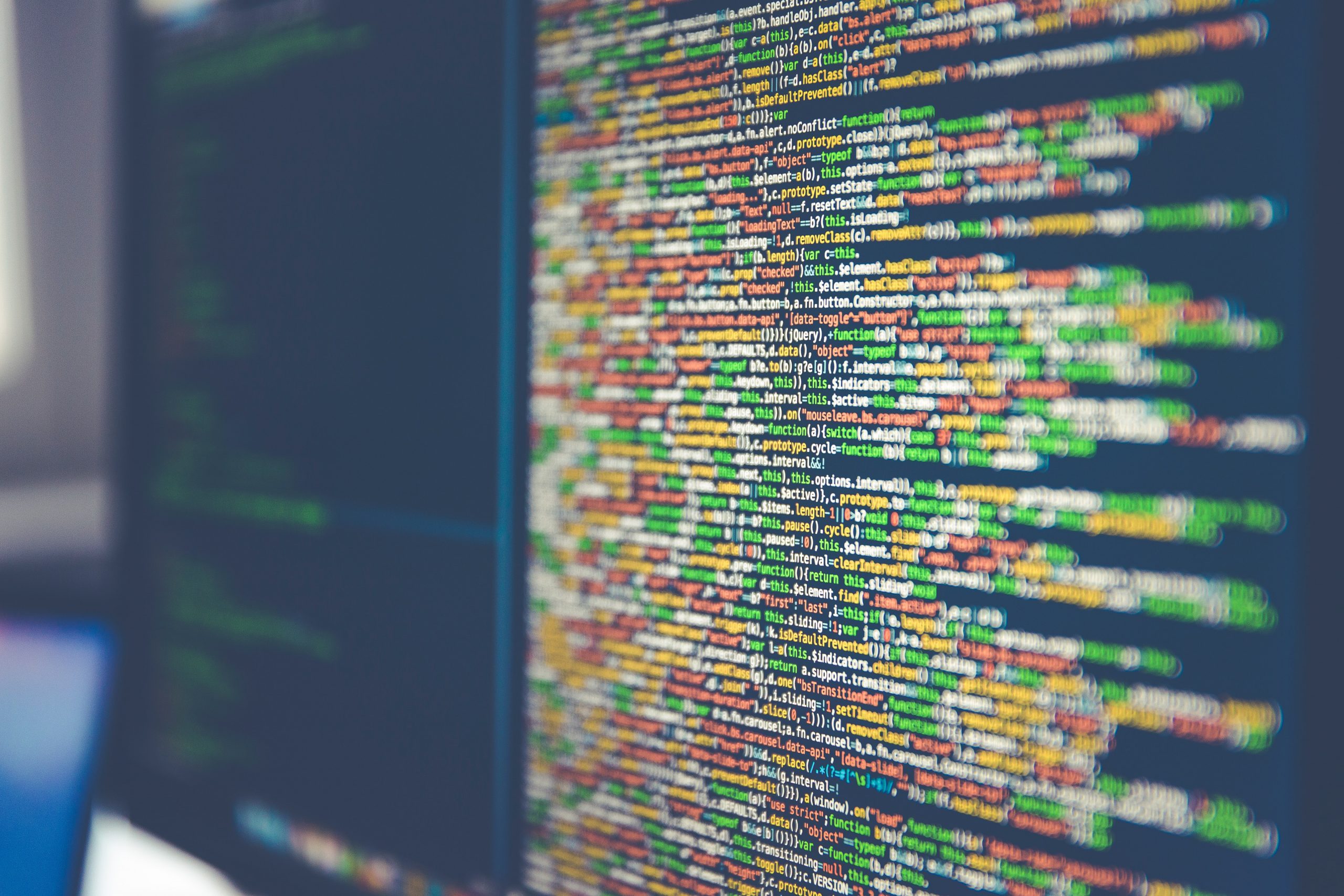 The UK Government’s decision on 14th July 2020 to ban the procurement of new 5G equipment from Huawei from the end of 2020 is, apparently, a reversal of its previous decision (of 28th January 2020) to allow the company to have a presence of up to 35% in the periphery of the 5G network (namely not in core, safety-critical or security-critical parts of the network). As it will be explained below both decisions were based largely on security related grounds. However, there is another parameter, corresponding to a clear set of obligations, which the Government has not addressed so far. The aim of the present post is to shed light on these government obligations which require the latter to ensure that the supply chain of the 5G network abides by the required human rights standards and more specifically to respond to the existence of strong evidence that human rights violations take place in the supply chain of key players such as Huawei.

Here is a brief chronology of the relevant government decisions until now:

In November 2018 the Government announced the Telecoms Supply Chain Review (TSCR) which was aimed at providing an assessment of the UK Telecoms’ supply chain arrangements. The TSCR was tasked to explore the following questions:

The TSCR report was laid before Parliament in July 2019. The TSCR stated in its findings that the Government should pursue a policy of diversification in order to ensure a competitive supply chain for the network in the long run. With regard to the security concerns the report stated that Government should strengthen the “lines of defence” in order to manage the security risks by vendors, for example imposing “…additional controls on the presence of certain types of vendors which pose significantly greater security and resilience risks to UK Telecoms”, (“high risk vendors” TSCR pp. 7 and 39). The report also stated that the Government was not in a position to make a final decision about these additional controls with regard to specific “high risk vendors” (TSCR pp. 3, 7 and 40).

Half a year later (28 January 2020) the Government announced the final conclusions of the TSCR in a written statement. The main points of the Government’s decision were (a) to exclude “high risk vendors” from safety and security critical networks and infrastructure and (b) to limit these “high risk vendors” to minority presence of up to 35% in other non-critical functions of the 5G Network. In other words the Government’s decision was to allow companies such as Huawei to have a presence of maximum 35% in the 5G network.

Then on 14th July 2020 the Government announced in Parliament that took the decision to ban the procurement of Huawei equipment by telecom providers from the end of 2020 and to the phase out all Huawei equipment from the UK 5G network by 2027. The Government stated as the main reason for this reversal the US sanctions that create uncertainty around Huawei’s supply chain and as a result raises concerns about the security of future 5G equipment.

This brief chronology shows that Government has focused its review only on the security and competitiveness aspects of the 5G network supply chain. I do not intend to discuss or second-guess the classification of Huawei as a “high risk vendor” by the Government, (this could be the subject of a separate post).

“In the time where the public sphere reopens the discussion about historical responsibilities regarding slavery, such a flagship infrastructure project which is aimed at catapulting the UK into the 21st century cannot be tainted by or tolerate exploitation of forced labour and other forms of modern slavery in its supply chain.”

There have been a number of independent reports that provide strong evidence of grave human rights violations against the Uyghur population in China and that various well-known brands exploit forced Uyghur labour in their supply chains. On 1 March 2020, the Australian Strategic Policy Institute (ASPI), an independent think tank, published a report titled ‘Uyghurs for Sale: ‘Re-education’, Forced Labour and Surveillance Beyond Xinjiang’ . One of the companies that according to the report exploit Uyghur forced Labour is Huawei. In relation to Huawei in particular, the report states:

In addition another report provides evidence concerning Huawei’s involvement -through the provision of equipment, services and training- in the ongoing surveillance, repression and persecution of Uyghurs, actions that constitute grave human rights violations. Huawei’s role in is also evidenced by the ‘Chinese cables’, a set of highly classified Chinese government documents that were obtained by the International Consortium of Investigative Journalists (ICIJ).

There are specific obligations that the UK has committed, time and again to respect fully; for example Guideline 6 of the United Nations Guiding Principles on Business and Human Rights (UNGP) provides that “States should promote respect for human rights by business enterprises with which they conduct commercial transactions”; Guideline 9 of the UNGP provides that “States should maintain adequate domestic policy space to meet their human rights obligations when pursuing business-related policy objectives with other States or business enterprises, for instance through investment treaties or contracts.”

Self-disclosure and Some Thoughts

Soon after the Government’s January decision I was approached by a legal team (made up of  Michael Polak, Barrister with Church Court Chambers and chair of Lawyers for Uyghur Rights and Oliver Carter, specialist judicial review solicitor of Irwin Mitchell Solicitors) representing two British Uyghur clients, Rahima Mahmut, a human rights activist and head of the London office of the World Uyghur Congress, and Enver Tohti Bughda, an activist and member of the International Advisory Committee of the International Coalition to End Transplant Abuse in China, who asked me to join the legal team.

I decided to join and assist their efforts not only because of my interest in exploring the human rights implications that arise from the various roles that the state adopts by reference to the “market” namely as regulator, stakeholder, purchaser and market participant. I also joined them out of sense of moral obligation as the great grandson of a man who “vanished” almost a hundred years ago in the forced labour battalions (Amele Taburlari) in Anatolia because of his ethnicity and religion.

The legal team is currently in the pre-action stage of legal action against the Government, has sent written submissions to the Parliamentary inquiry of the Digital, Culture, Media and Sport Select Committee (inquiry into Broadband and road to 5G), has sent letters to seven telecom providers  urging them to comply with their policies against modern slavery and human rights abuses and has submitted a Communication with evidence to the UN Working Group on the issue of Human Rights and Transnational Corporations and Other Business Enterprises.

It is positive to observe that after these actions there is an increase of the number of voices (across the political divide in the UK) who urge the Government to comply with its human rights obligations and live up to the HR standards that its own policies have set (See for example the questions by Nusrat Ghani (CON), Anthony Mangnall (CON), Sir Iain Duncan Smith (CON) , Chi Onwurah (LAB), Geraint Davis (LAB) and Daisy Cooper (LD) during the UK Telecommunications debate in Parliament on 14th July 2020).

Needless to say that the due diligence obligations of the government do not exist only with regard to the 5G network. However, given the importance of the project the need for compliance becomes even more prevalent. To be more precise, in the time where the public sphere reopens the discussion about historical responsibilities regarding slavery, such a flagship infrastructure project which is aimed at catapulting the UK into the 21st century cannot be tainted by or tolerate exploitation of forced labour and other forms of modern slavery in its supply chain.

The exploitation of Uyghur forced labour in the supply chain of key providers is the elephant in the room. The Government must face up to this reality and comply with its clear obligations.